I had another dentist ask me last week if he should consider Yelp ads, so I thought I would write a little update about how Yelp may fit into your marketing scheme. Most of you know that I’m not a fan of Yelp, but there are some areas where we still need to pay attention to their website.

The question that the dentist had was whether he should start Yelp ads because one of his colleagues told him that if you advertise on Yelp, they will show your positive reviews and hide the negative ones. This is simply not true. Yelp recently updated their Terms and Conditions, and it’s clearly stated here: 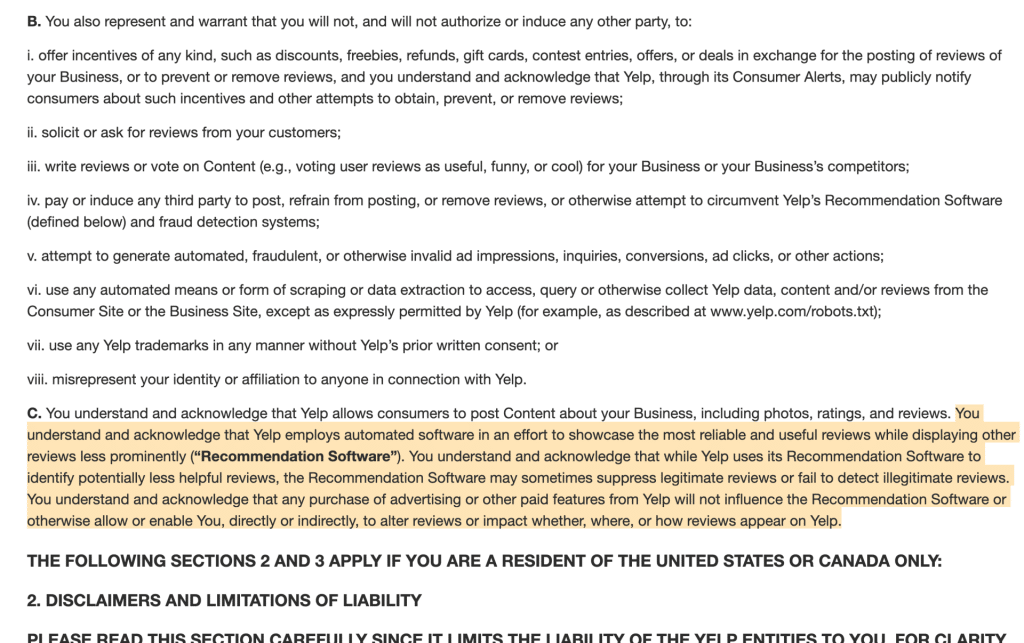 Of course, the conspiracy theorist in some of us may think that this is a smoke screen, and while I certainly think Yelp has some sketchy business practices, I tend to believe Yelp on this point. If they did trade ad dollars for reputation, they would be shut down by litigation and probably government intervention. We can also trust Google to be somewhat of a litmus test on this point too. Google would de-rank Yelp’s website in a hurry if they thought that Yelp was manipulating its users and businesses in this way.

Don’t advertise on Yelp to try to improve your Yelp ranking. Yes, you still need a Yelp listing just as you should be listed on other important directories. But advertise on Yelp only if you have some decent reviews (at least a 4 star rating) and if you’re in a major metro area- especially on the West Coast where Yelp grew up.

When it comes to getting more review on Yelp, our hands are sort of tied still. Yelp still doesn’t want you to ask for reviews – not at all. But I would still recommend asking people if they use Yelp and, if so, ask them for their feedback on their experience at the office on Yelp. Make sure they’re not on your wifi network. When they search for you on Yelp, it will look more natural than a link from BirdEye or any other means that we could try. It’s the best we can do for now until Yelp either goes away or becomes more open to working transparently with businesses.

In 2015, Yelp took a hit with the debut of a trailer for a film Million Dollar Bully. 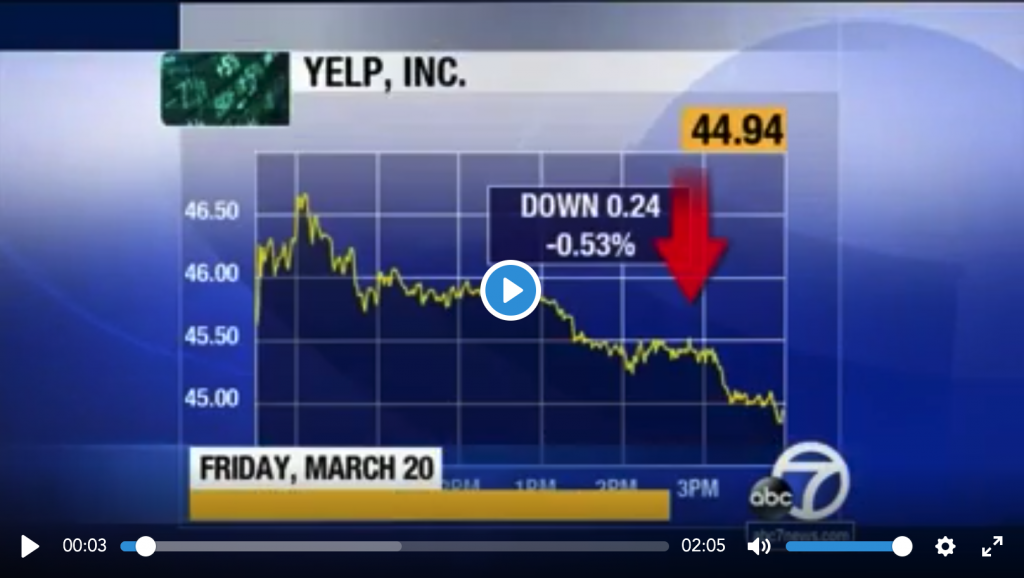 Now, in 2019, stock is even lower, and CNBC recently published an article about Yelp’s woes. It may not be long before Yelp shuts down or is purchased by another company and is forced to change.

How Is My Marketing Performing