Is Video the Next Step in your Marketing Effort?

We have a number of offices who have been incorporating video in their marketing for a long time. We also have many more who have never done a professional video shoot and are not sure if it’s a good idea for their office. A number of questions can arise that make the decision-making difficult. 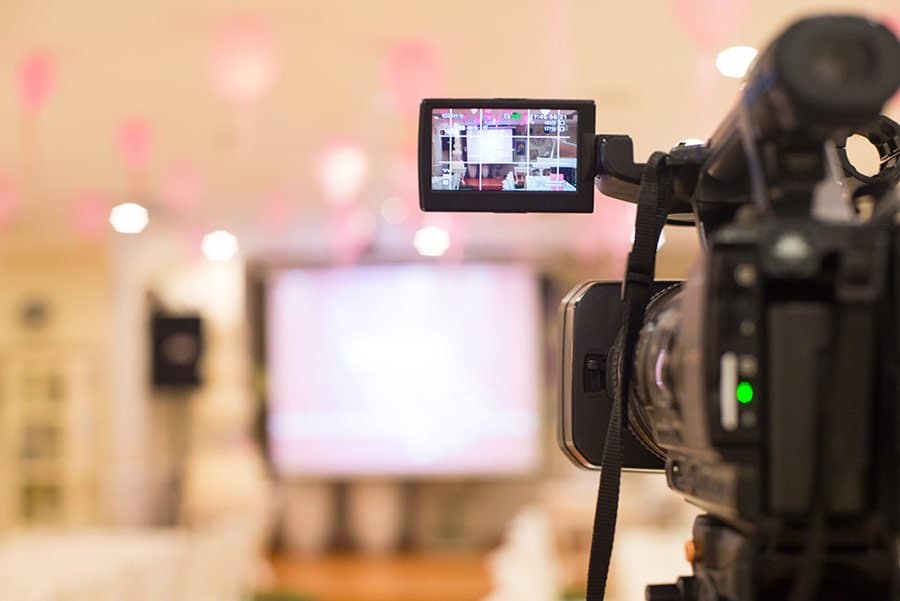 How Much Will It Cost?

The cost for video production is ALL over the place, literally from free ($0 as part of a media buy with a local station) up to $100,000. It depends on many factors and you probably won’t know what you really need- or maybe even what you really want. Here are some key things that you do need in a video shoot:

Other Factors that Influence Cost

Do I Have To Be In The Video?

You should at least make an appearance. If you’re camera shy or just don’t have confidence to take the lead role in your video, you can have a spokesperson do the talking for you. They can introduce you and talk about what you do and the editing process can cut the footage between the spokesperson being on camera and B-Roll footage of you pretending to do a consult or giving a tour to a prospective patient. Or, the spokesperson can just be a voice over talent who reads from a script. Note that paid talent will increase the cost of the production.

Using patient testimonials can be incredibly powerful, but you will have to identify the right people for the job and depend on them to show up and perform well which can be a bit of a gamble. The payoff can be tremendous though and doesn’t require you to toot your own horn.

Ultimately though, your videos will do a better job or building trust and relationship with prospective patients if you have at least some camera time so that people can see who you are and what you sound like when you’re talking about how you treat patients.

Does The Video Have To Be At My Office?

A “welcome” video should be done at your office but if a shoot at your office isn’t feasible or desirable, there are alternatives. I have multiple clients who have used Randy Alvarez and The Wellness Hour to create quality video assets for their websites. They also advise you on media buying techniques to air Wellness Hour segments on your local cable/satellite channels and On Demand services. I am told that these segments generate phone calls when aired on a regular basis and the cost compared to shooting television segments and trying to get the right amount of reach and frequency using traditional media buying tactics is much lower.

Another alternative is to create hybrid video segments by customizing video that has already been made by Dr. Brad Durham as part of his Niche Practice marketing strategy. The cost is minimal to simply tag these with your brand and contact information. If you want to appear in the videos, the video company that he works with, Product 13, has options for either flying out to shoot segments at your office or for you to fly out to Georgia to have your segments shot there.

Is Now The Right Time?

There are always costs that you’re faced with and investments to make. You may be deciding between video production and a new piece of technology in the practice ( the Solea laser looks pretty cool! ). Video production is a good next step if you have the basics in place such as a strong website, SEO and pay-per-click advertising.

Even if you’ve already done videos in the past, it may be time to shoot a new video if it has been 2-3 years. If you feature team members in your video, you’ll feel the pressure to update your video more often too. Keep in mind that one video shoot can also give you multiple videos, so you can use some videos from past shoots on specific topics for longer periods of time, helping to continue to recoup the investment on your video even after you’ve done another shoot. This takes planning and preparation to identify what these specific areas are and what content will need to be included in the script to support the creation of the secondary videos in the editing process.

I really can’t say that there’s ever going to be a convenient time to pull the trigger on a video project for the office, but I know that I regularly find offices wishing that they had it, meaning that they shot it some time in the past. So the time might as well be now.

How Do I Choose The Right Company?

The number one factor in choosing a company should be their previous work. It’s easy to make cost your number one decision-making criteria, but this can be a big mistake. Quality (good or bad) is obvious in video and since your competitors are also investing in video production, you don’t want to put funds and time into a video production that will, in the end, not look as nice as your competitors’ videos. Don’t select the cheapest company just to save money.

We are beginning to invest in video production equipment and talent at Pro Impressions Marketing and are available for the odd project here and there but there are many talented companies out there as well. We can help you select a local company that will have the best chance of producing a high quality video (or series of videos) for your office. We can even consult on the scripts for these videos at no additional cost as part of your Full Membership with Pro Impressionsand, if the opportunity presents itself, I would love to be at your office during your shoot to lend a hand wherever I can, even if it’s only for moral support as you stare into the dark lens of that unblinking camera. Don’t worry, you’ll do great!